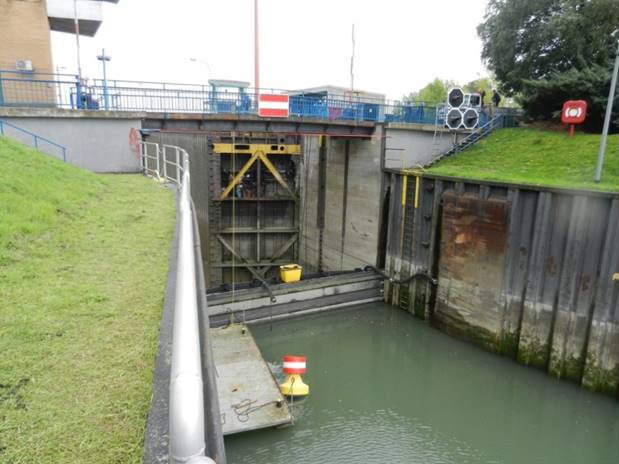 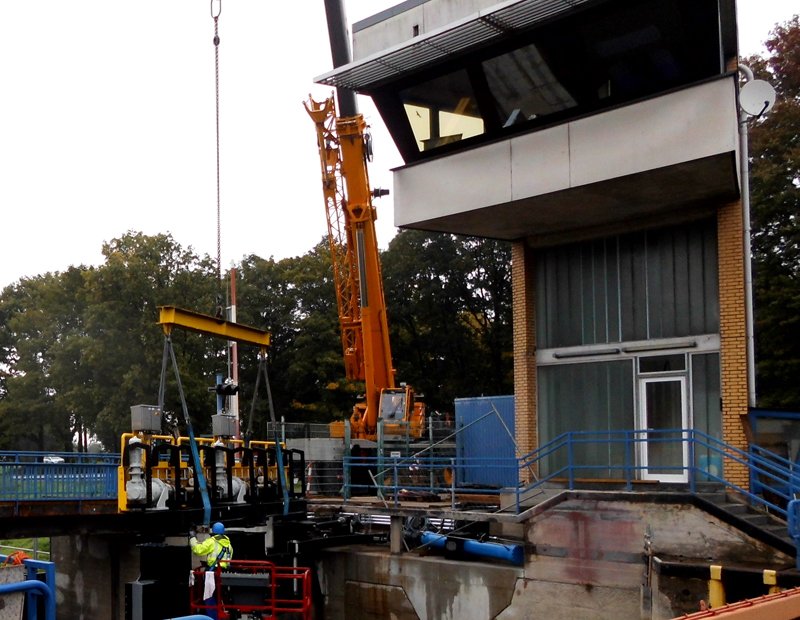 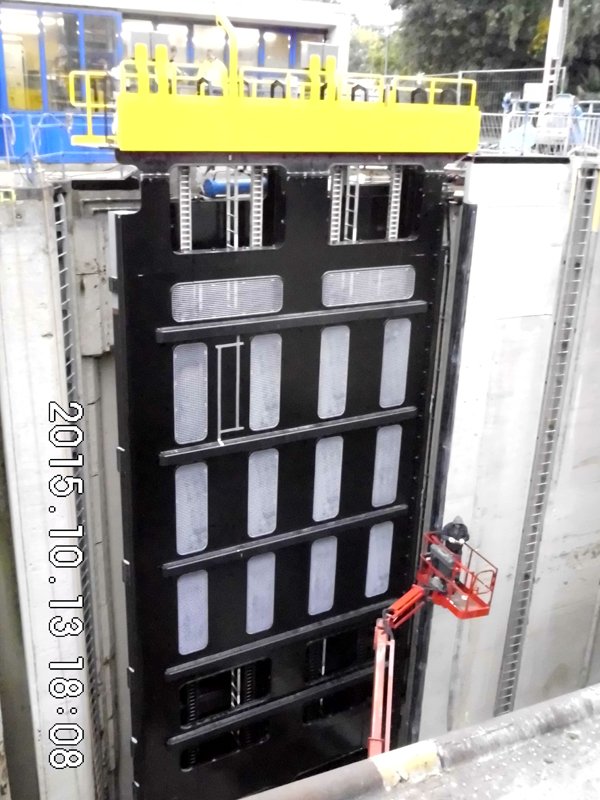 The lock group in Friedrichsfeld (year of construction: 1964) forms the entrance from the Rhine into the Wesel-Datteln Canal. The operating authority is the Water and Shipping Authority Duisburg-Meiderich. Due to damage detected, the New Waterway Construction Authority Datteln decided that a lower gate replacement was absolutely necessary.

The lock chamber is emptied via four large roller gates, which in the old gates were driven electrohydraulically via a knee lever. In the course of the new construction of the lower gate, an electromechanical drive was used instead of this electrohydraulic drive.

In contrast to the old gates, where the replacement of the sluice gates could only be carried out by means of a diver’s insert, it is possible to remove or reinsert the roller contactors in the new gates without a great deal of time. For this purpose, large openings have been provided in all horizontal beams through which the sluice gates can be fully raised. The contactors are each driven by 2 drive units.

In case of a change, the drive rods including the contactors can be easily attached from the gangway and lifted with the help of a mobile crane.