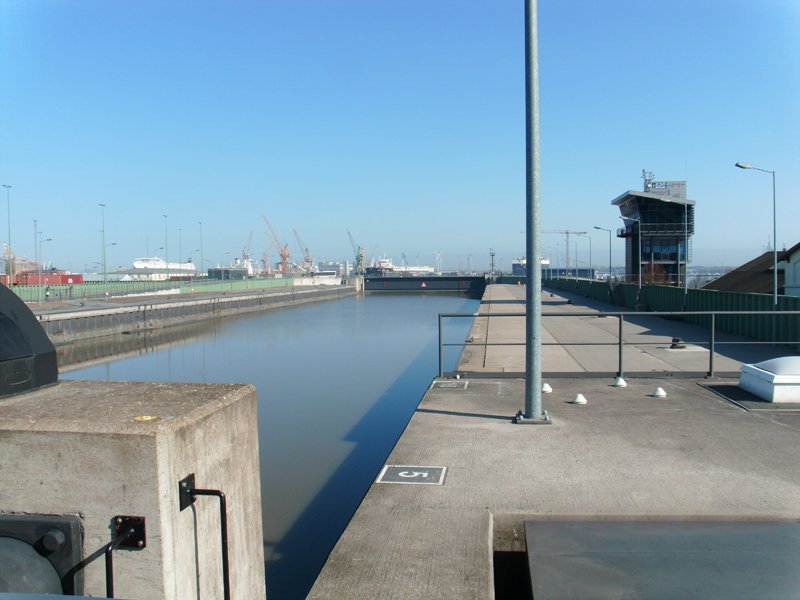 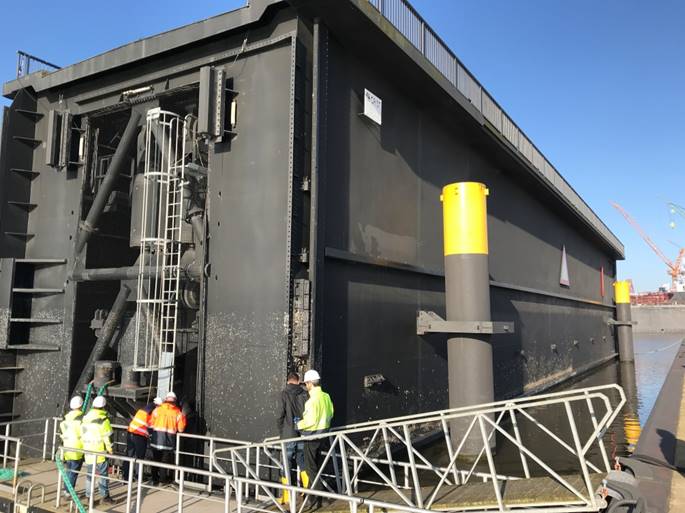 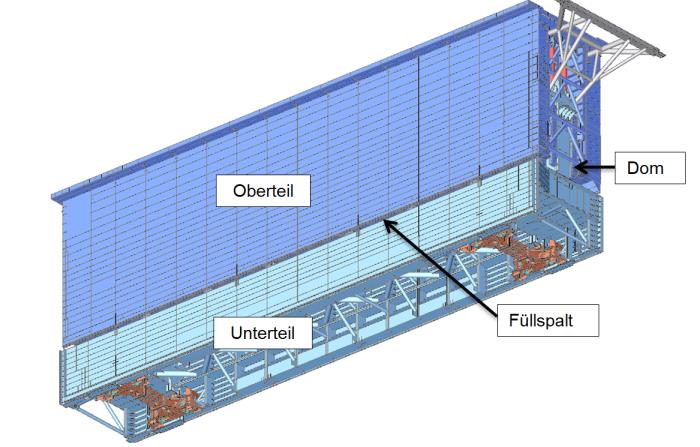 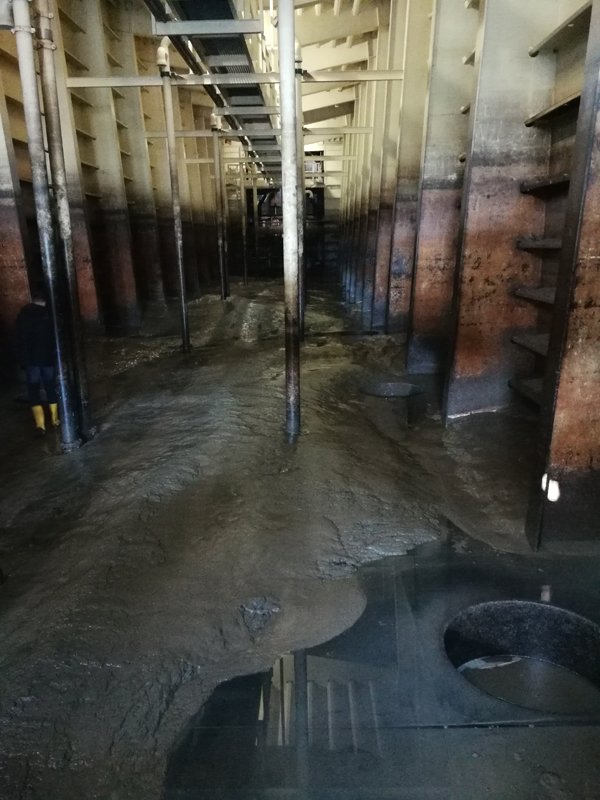 The Kaiserschleuse is a lock in the Bremerhaven overseas port area. It connects the Kaiser Ports I-III with the Weser. In order to provide sufficient space for larger ships and to ensure that the ports behind the lock are accessible for maintenance work or when the lock is closed, the lock was expanded from 2007 to 2011 to a passage width of 55 metres and a length of 305 metres. In October 2014, however, a structural inspection revealed serious damage and deformation to the undercarriage rails, their fastenings and the wheels and wheel bearings of the undercarriages. This required a complete closure of the Kaiserschleuse for navigation until June 2015.

As a result of various preliminary investigations, the client decided to revise the wheel-rail system, the sweeper roller system and the runner system. The ballasting was also optimised with regard to buoyancy safety. Several force measuring devices were newly and additionally planned in order to provide and document meaningful findings about the static condition of the gate.

The static analysis concentrated on the most accurate possible determination of the wheel loads and sweeper roller forces and then served to optimise the undercarriage construction including all mechanical components as well as to verify the wheel/rail system.